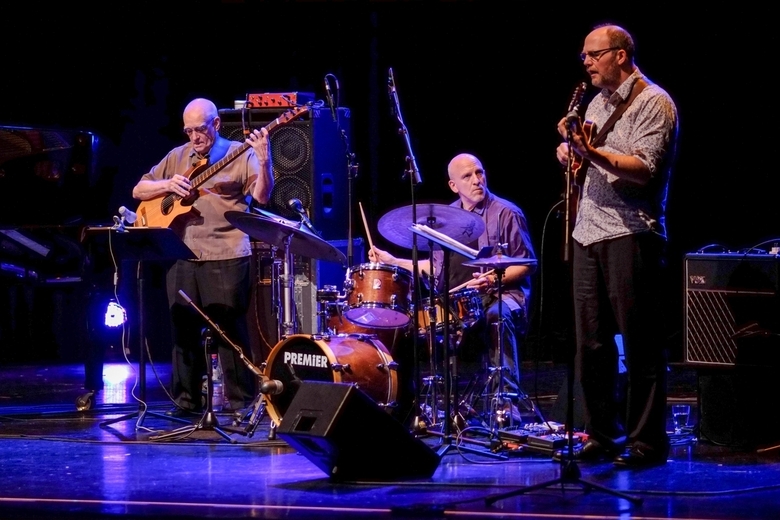 The Impossible Gentlemen will be promoting their second acclaimed album ‘Internationally Recognised Aliens’ on Basho Records released on 2nd September 2013. Produced by 13 time Grammy winner Steve Rodby, the album further refines their mastery of melody and groove, whilst offering plenty of thrilling surprises. “Internationally Recognised Aliens” has been described as “a triumph”, “sophisticated”, “awesome”, “quite brilliant” and “destined for year-end “best of” lists”.

The group features internationally acclaimed British piano sensation Gwilym Simcock, Salford guitarist and UK treasure Mike Walker and American bass and drums superstars Steve Rodby, Steve Swallow and Adam Nussbaum. The result is nothing less than remarkable with five unique talents, all superb players in their own right, coming together to create something new and powerful.

“The upper echelon of the jazz world is a place of constantly shifting alliances. But even by those standards, the Impossible Gentlemen is a rare and fabulous group of talents.” – Jack Massarik, Evening Standard