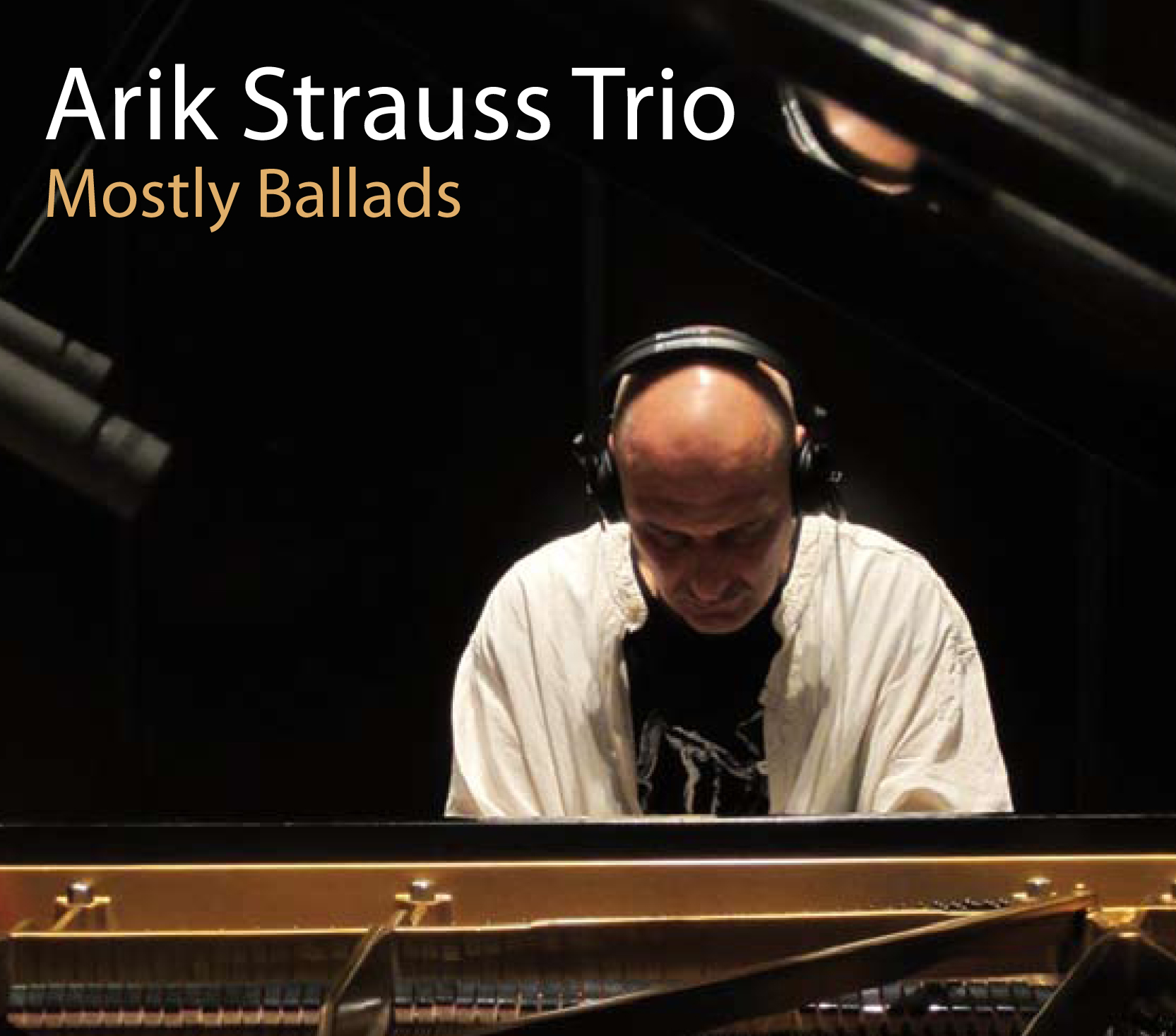 Something resonated with me when I listened to this album. I recalled a TV interview that the legendary drummer Buddy Rich gave to Larry King back in the 1980’s. The conversation turned to classical music and King asked Rich if he had ever played with a symphony orchestra. Rich replied that he had indeed played with a number of orchestras from around the world. He loved the experience and went further to describe it as “a completely different feeling altogether.”

The reason that this was brought to my mind is that while this is undoubtedly a jazz album, Arik Strauss also brings a certain classical musical quality to the production. It is therefore no coincidence that in the liner notes he cites Chopin and Bach as major influences.

Paris Bossa kicks the whole thing off with a catchy bossa with haunting background vocals from Sigal Adler-Strauss. Strauss’ piano work is elegant yet punchy. Tal Ronen and Dudu Kochav also establish themselves as a capable yet unobtrusive unit. In the second track, Before, Strauss finds the octaves well and demonstrates some nice dexterity on the keys without being tempted to stray into ostentatiousness. His classical influences shine through in the climax of the song. Rising Montuno 1 continues the laid back motif established by the previous track. A certain franticness envelops the track midway but Strauss brings it all back down to earth with consummate ease allowing the track and the listener some breathing space. By Rising Montuno 2 the band are clearly enjoying themselves. Also by this juncture you also realise that the album is doing exactly what it says on the tin. The songs so far could be aptly described as “mostly ballads” as per the album’s title. There is a subtle softness to the music juxtaposed with, at times, improvisational abandon that is controlled but effective. Allez-Retour raises the tempo as the trio really begin to find their groove. The track swings in the oldest and truest sense of the word. Yet just as you are about to get the feel of the song Strauss pulls the rug from under you and slows things down dramatically with a wonderfully cascading solo. The track is perhaps a microcosm of the album – something more than the sum of its parts.

The album arcs into the second half with Revenir, a dark and brooding track with a “set ‘em up Joe” feel. Strauss employs a mix of jazz and blues with undertones of classical music that combine wonderfully well. Jardin d’Amour gets back to the Brazilian spirit of the first track with Adler-Strauss making another vocal appearance. Dudu Kochav gets some time to demonstrate his chops as well. Modulation Waltz ebbs and flows beautifully while My Father’s Song goes into daring territory. It’s the most melodic track of the album that begins with a heartfelt solo from Strauss. As it develops with the band it strays very close to power ballad territory. However, Strauss’ piano work pulls it back from the brink and track finishes as it began. Aquarelle closes the album with Strauss performing without the band. It’s an emotionally charged song that allows Strauss to demonstrate his technique and influences to their fullest.

Buddy Rich said something else that has stuck in my head. In another interview he remarked that “jazz should be treated the same as classical music – it’s to be listened to.” His words certainly apply to this sterling effort from the Arik Strauss Trio – an album that you will come back to again and again.