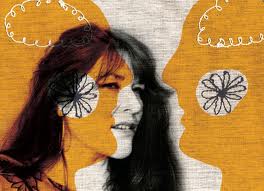 Jazz singer and composer Christine Tobin has won a Herald Angel for her performance of her programme of Leonard Cohen songs, A Thousand Kisses Deep, at the Edinburgh Fringe Festival.

The concert, part of the inaugural British Vocal Jazz Festival in the Scottish capital, was Tobin’s first-ever appearance at the world’s biggest arts festival and featured her trio with guitarist Phil Robson and bassist Dave Whitford playing their arrangements of Cohen favourites including Suzanne and Famous Blue Raincoat interlaced with jazz standards and Bobbie Gentry’s Ode to Billy Joe.

Now in their nineteenth year, the Herald Angels are awarded by Glasgow-based newspaper The Herald for excellence across the range of festivals that take place in Edinburgh during August and are much-coveted among performers, companies and event organisers. Previous winners with a jazz connection include The Bad Plus, Jack Bruce, pianists Leo Blanco, Louis Durra and Brian Kellock, trumpeter Colin Steele and drummer Tom Bancroft.

The award follows Tobin’s success in the 2012 British Composer Awards, where she won an award for best contemporary jazz composition for her album Sailing To Byzantium, on which the Dublin-born artist combined jazz compositions with the poetry of W.B. Yeats.

“I’m delighted and surprised to win the Herald Angel, especially as the other winners came from across an arts spectrum that included ballet, literature and classical music,” says Tobin. “It’s a reward not just for me but also for Phil and Dave who put so much into the music and are a joy to work with.”