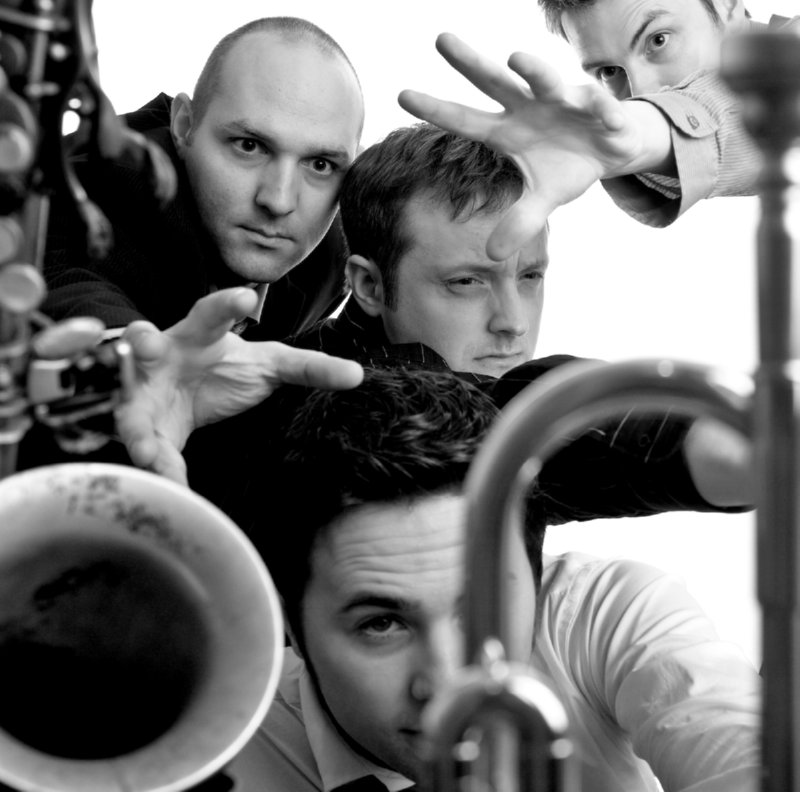 Scottish horn quartet Brass Jaw have some history with train travel. As part of Glasgow Jazz Festival’s promotional push last year they took their unusual line-up – alto, tenor and baritone saxophones plus trumpet – on a trip from Glasgow to London and played on every station platform the train stopped at.

More recently, they’ve been entertaining commuters at Glasgow Central Station and on the evidence of this latest performance, they’re in danger of getting another railway-related gig: powering the trains.

Already recognised as a tightly focused, rhythmically self-sufficient unit that can really turn on the style live, they arrived for the regular Thursday jazz session at this most convivial of venues with a swatch of new arrangements that reveal a blistering, exhilarating, massively colourful sound that eclipses what they had going for them previously by some way.

It’s as if every brass section, every orchestra in jazz history, from the bluesy swagger of New Orleans marching bands to Ellingtonian eloquence, the blood and guts of Mingus and on through Gil Evans and the Brecker Brothers and into the European art dimension, has now been distilled into the Brass Jaw sound. It may help that all four have been involved in the Scottish National Jazz Orchestra’s various surveys of jazz heroes because this is a big band in all but number, with soloists who are on fire.

Konrad Wiszniewski’s tenor exploded out of the intriguingly named Propeller Beanie and continued with breath-taking pyrotechnics balanced by musical logic and deep, soulful feeling. Paul Towndrow, on alto, had ideas coming out of the wazoo and the fluency to articulate them. Ryan Quigley’s trumpet was variously finger-burning hot, effortlessly cool and heart-melting and Allon Beauvoisin’s baritone created the bedrock for everything from chaos to brass chorale and on Imaginary Friend’s move from the hymn-like to the superfunky, it guided a perhaps unlikely yet utterly convincing journey from Charles Wesley to Fred Wesley.

If their own writing is strong and points to an exciting way ahead, then their interpretative powers have a similarly fresh, futuristic streak as their initially percussive and thoroughly momentous take on Joe Zawinul’s soul-jazz classic Walk Tall illustrated. Their new album, Minted, is due in August; CD trays, vinyl decks, and if the Brass Jaw line in sales pitch is to be believed, even 8-track cartridge players the world over are doubtless trembling at the prospect.