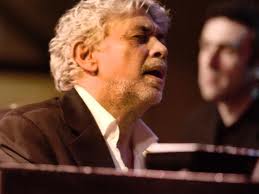 Something of a special addition to the jazz scene, Kingston-born pianist Monty Alexander was brought up surrounded by, and playing, the traditional music of the Caribbean as well as being exposed to visiting musicians like Nat King Cole and Louis Armstrong. After moving to America in the early ‘60s, he quickly joined the jazz scene by landing gigs in New York with, amongst others, Frank Sinatra, Milt Jackson and Ray Brown, with whom he was to form a long personal and musical friendship. He is known for his ability to play a wide variety of styles, drawing on the influences of traditional American jazz and the music of his home, describing himself as a musician “who loves it all”.