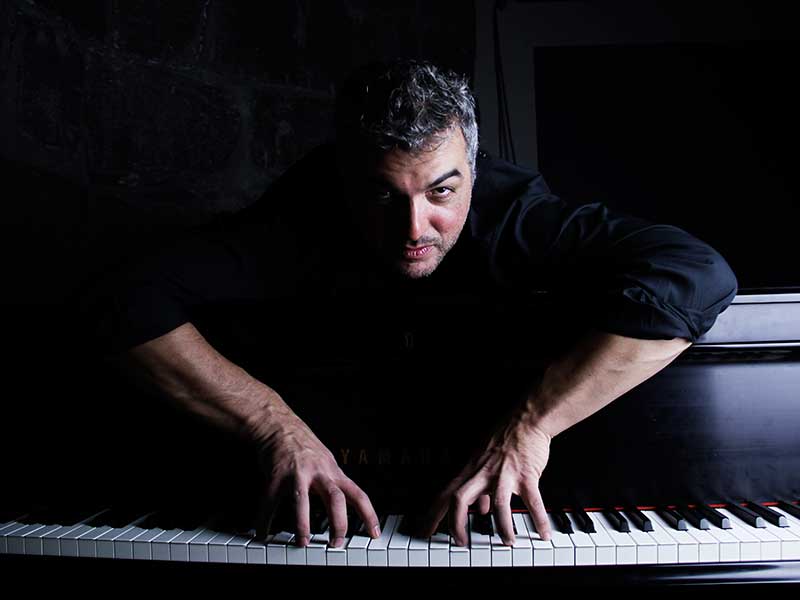 Venezuelan piano virtuoso Leo Blanco flies in for his first major tour of the UK in June, a series of ten dates that will include his first-ever performance at Glasgow Jazz Festival as well as further solo concerts in London, Edinburgh and Gateshead.

Blanco’s previous visits to Scotland have been nothing short of sensational. In 2006 he won a Bank of Scotland Herald Angel, one of the most coveted arts prizes in Scotland, for his outstanding performances during the Edinburgh Fringe. He followed this by earning five star reviews from The Scotsman and The Herald for his concert at Aberdeen Jazz Festival in 2007.

Blanco, who is a graduate of Berklee School of Music and the New England Conservatory in Boston as well as the Ars Nova institute in Caracas, was the first Latin American to win the Boston Jazz Society Award, he has also won the Billboard Grant Award for his talent, commitment and musical achievements.

In 2008 Blanco was commissioned to write End of the Amazonia for the Scottish National Jazz Orchestra as part of SNJO’s celebration of South American music complementing arrangements of Astor Piazzolla compositions. In a wide ranging career as a musician and composer he also writes for string quartet, appears as guest soloist with symphony orchestras and has recently completed an arrangement of his Venezuelan Rhapsody for the Scottish horn quartet Brass Jaw.

To coincide with the tour, Blanco releases a new solo piano album, Pianoforte, which he recorded in concert in his home town, Mérida in Andean Venezuela.

More information regarding Leo Blanco can be found at www.leoblanco.com