Trumpet player Kenny Ball dies at the age of 82. 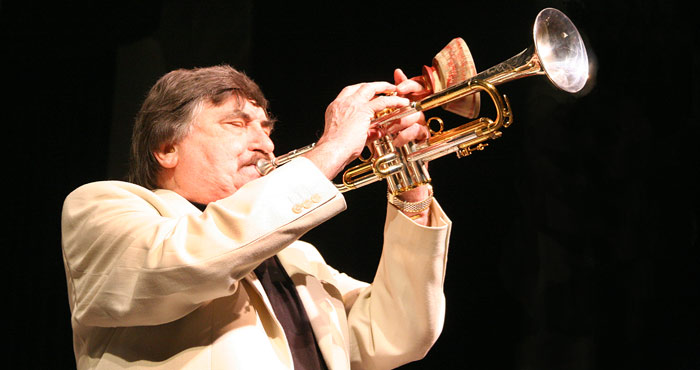 UK trumpet player Kenny Ball passed away this morning at the age of 82. Mr Ball had been in hospital where he was being treated for pneumonia.

Kenny Ball was one of the legends of the UK jazz scene. Known mostly as leader of the band Kenny Ball and his Jazzmen and his TV appearances with Morecambe and Wise, Ball was seen as a pioneer of the British trad jazz scene. Ball’s passing was announced this morning by his manager Les Squire. Mr Squire stated that “He had been in and out of hospital recently but sadly this time he did not come out, but he was playing to the end.”

Born in Ilford London Kenny Ball became a professional musician in 1953 performing with Sid Phillips and Eric Delaney. In 1958 he formed his own Band Kenny Ball and his Jazzmen that went on to score many hits during the 1960’s. Highlights in the bands career include the support for the last European tour by Louis Armstrong in 1968 and a performance at the wedding reception for the Prince and Princess of Wales in 1981.

Kenny Ball is survived by his partner and son, Keith, who had joined his father on stage playing with his group The Jazzmen.