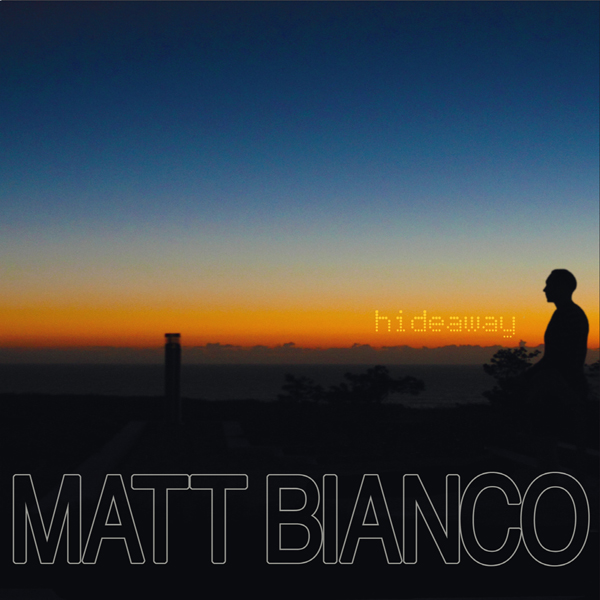 British band Matt Bianco release their latest album ‘Hideaway’ on March 8th 2013. Despite many misconceptions throughout the years, Matt Bianco is the name of the band who were originally formed in the early 1980’s by ex Blue Ronda À La Turk band members who comprised of the late Kito Poncioni, Mark Reilly and guitarist Peter White’s brother Danny White on keys. They invited the unknown Polish vocalist at that time Basia (Trzetrzelewska) to perform on their first set which yielded the monumental hits ‘Half A Minute’ and ‘Get Out Of Your Lazy Bed’.

After more than three decades of making great music and performing to global audiences, ‘Hideaway’ reunites Mark Reilly with long time collaborator Mark Fisher for another chapter in their signature class of exotic Latin rhythms blended with dancefloor orientated grooves. The use of ‘world’ instrumentation such as the sitar on the opening ‘You Are My Love’ set the mood for the album by this well traveled and seasoned group.

Those of you who are familiar with previous ‘Bianco’ tracks will recognize the harmonies on the catchy ‘Too Late For Love’ featuring Reilly on lead vocal. Time has stood still for this band whose instantly identifiable sound transcends the years with tracks such as ‘Kiss The Bride’ , ‘Madusa’ and the ‘Studio 54’ single contender ‘Falling’ which would have fitted perfectly into a late seventies disco set in that iconic New York club.

Smooth Jazz Radio will be attracted to the laid-back ‘It’s Just The Way It Goes’ with Reilly’s cool lead vocal and a soft trumpet bridge vibe.

However the album’s killer cut is the uptempo ‘You’ll Never Know ‘ featuring the exquisite and succinct Elisabeth Troy on vocal duties and is a perfect 2013 hit replacement for their 80’s smash ‘Half A Minute’. The powerful title hook line is perfectly complimented by the driving ‘Bianco-esque’ Latin percussion and synth riffs.

The album’s title ‘Hideaway’ conjures up an escapism from the frenetic modern world and ‘The Universe’ certainly delivers a cool groove which has all the aura of an intergalactic adventure with the echoed synths and electric piano licks which are reminiscent of the early Rah Band and ‘Messages from The Stars’ from the eighties.

‘Too Late For Love’ gets a meatier remix on the album by Papik with some added horns and the album wanes to a close like a candle’s final evening’s flickers with the album’s short, but subtly sweet title track ‘Hideaway’.

I expect long time Matt Bianco fans will be queuing up for this latest chapter in easy listening groove which is the perfect accompaniment to a quiet night in or a relaxing night’s surfing.

‘Hideaway’ is available at Amazon, ITunes and other quality music outlets.