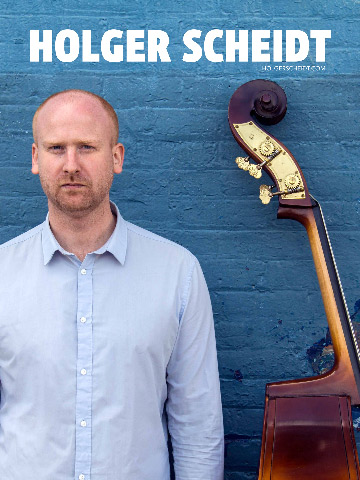 Bassist Holger Scheidt and pianist Bene Jahnel will play a concert in Jakobshof (Aarchen Germany) om the 20th of March. The two met several years ago in New York since then have performed regularly both in the USA and Europe. For over ten years, Scheidt has performed contemporary styles at established venues across Europe and in the US, while building a creative style all his own. In 2008 he published his debut album “Half a Year in Half an Hour” (Konnex Records, Berlin 2008) and in 2011 his second record “Flights Falls” (Konnex Records, Berlin 2011), both of which enjoyed considerable media attention.

Benedikt toured with his ensembles in more than 35 countries around the globe. His is holder of several music awards and scholarships including one from the DAAD that allowed him to live and study in New York between 2005 and 2007. His current CD EQUILIBRIUM was release in 2012 on the renowned label ECM. The CD was recorded and produced by legendary mastermind Manfred Eicher himself.

This concert will prove a interesting meeting of two of Germany’s most renowned exponents of the current European jazz scene. More information.