Founded in 2003 by Alexandre Leforestier and , French label BeeJazz has gained quite a reputation for high quality releases. The label’s releases have received a number of awards including among others Grammys Awards, Victoire de la Musique and Académie Charles Cros. All BeeJazz productions are available in CD and digital format on all major distribution platforms worldwide. BeeJazz also offers its records in Studio Master quality (24 bits) available on Qobuz.com.

BeeJazz has a number of new releases hitting the market in February including a solo album from Swedish pianist Jan Lundgren and a tribute to Chet Baker by Eric Le Lann. 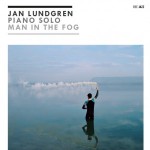 Swedish pianist Jan Lundgren will releases his first official solo piano album titled “Man in the Fog”. After almost 40 CD’s released under his own name, Jan finally felt ready to approach the most difficult configuration for a pianist: alone in front of his instrument. “Man in the Fog” has turned out to be a very intimate album presenting an artist at the peak of his art as a instrumentalist, composer and improviser. This CD celebrates the quintessence of a steadily built career as an artist, constantly developing his technique and deep musical knowledge into a genuine and personal language, combined with a unique sense for the melody and the poetry of jazz. The depth of Jan’s musical universe is indeed amazing and shines through the selected repertoire of songs by distinguished Nordic composers, film music (the theme from Chinatown) and original compositions. More Information 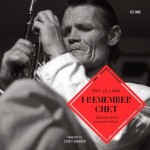 With more than a dozen albums to his credit, I remember Chet is the first collaboration between Eric Le Lann and the label BeeJazz. For this recording, Eric Le Lann surrounded himself with two great musicians, Gildas Boclé (Bass) and Nelson Veras (Guitar). Eric Le Lann is no stranger to the music of Chet Baker, the two worked together often during the 1980’s.
Eric Le Lann has showed a lot of eclecticism during his career, venturing into styles ranging from “fusion” Jazz to French variety with his Edith Piaf covers. With “I remember Chet” Eric returns classic jazz with great sincerity, inspired by the purity and the fragility of Chet Baker’s music. More Information

For further information about these CD’s and BeeJazz visit