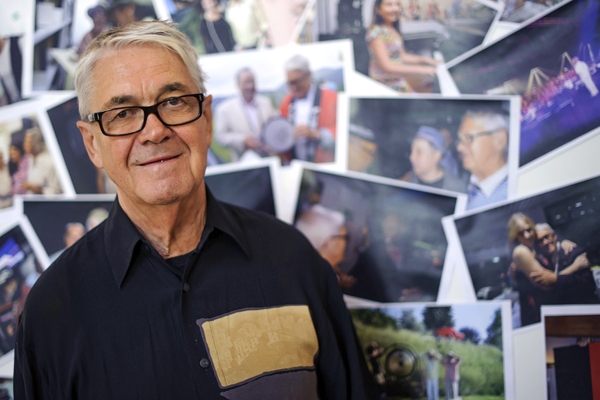 Montreux Jazz Festival founder Claude Nobs passed away Thursday at age 76. Nobs was involved in an accident while nordic skiing in Switzerland on December 24th. Since the accident he had fallen into a coma from which he never emerged.

Born in 1936, Nobs origionaly trained as a chef however is mostly rembored for his work as a music promotor and in perticular as founder and driving force behind the legenaary Montreux Jazz Festival. Nobs first began organising concerts in 1964 while he was working for the town’s tourist board and was responsible for bringing artists including Roberta Flack, Aretha Franklin and at the time a little known English band called the rolling stones. At age 31 he organized the the inaugural Montreux festival that would later grow to  become one of Europes most prestigious jazz festivals.

In 1968 pianist Bill Evans recorded a Grammy-winning album at the festival establishing it as a popular site for live jazz recordings. Currently there are more than 400 albums with some variation of the words “Live at Montreux” in the title. In the 1990’s Nobs and the Montreux Jazz Festival began a long term relationship with producer Quincy Jones who shared the directorship of the festival. Jones stated that the Montreux Jazz Festival  is “the Rolls-Royce of jazz festivals.”

Not commonly known, Mr Nobs was immortalized by the rock legends Deep Purple in the iconic song “Smoke on the Water”. The song’s lyric was based on an incident in December 1971, when the Montreux Casino (venue for many early editions of the festival) burned to the ground during a performance by Frank Zappa. The members of Deep Purple were in Montreux at the time to record the legenday album Machine Head, and witnessed the fire from their hotel. Mr. Nobs helped members of the audience evacuate the casino, and his actions were acknowledged in the line “Funky Claude was running in and out, pulling kids out the ground.”

George Wein, a founder of the Newport Jazz Festival, called Mr. Nobs “a master promoter who had the ability to combine many approaches to music.” “He was Montreux,” Mr. Wein said in an interview on Friday, “even more than I was Newport.”