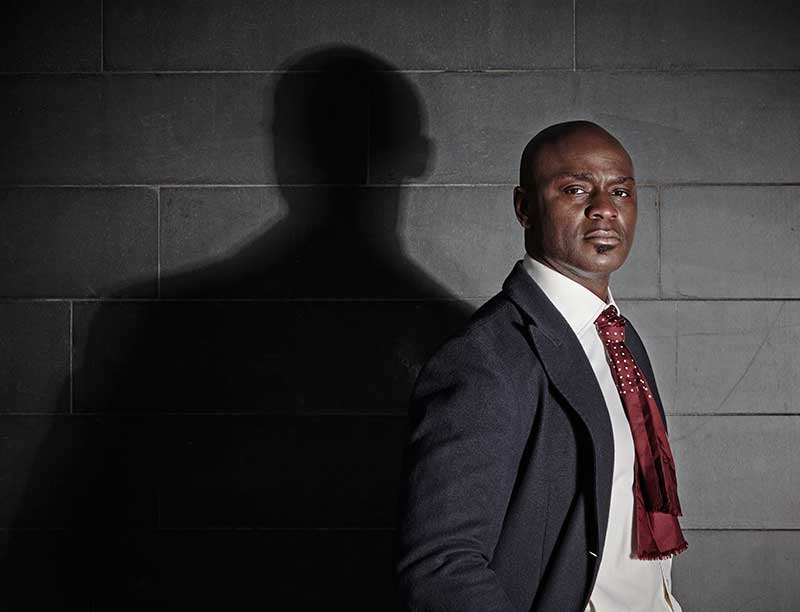 A very famous man once said, “Music gives a soul to the universe, wings to the mind, flight to the imagination and life to everything.” Ola Onabule decided at a young age his life was going to be about music.

Born in Islington, London, Ola Onabule moved to Laos, Nigeria at the age of seven. He was to call Nigeria home for the next 10 years before returning to the UK to pursue higher education. Attending law school before turning his attention to an arts degree, Onabule knew that his heart was not in universities, his heart belonged to music.

Although Onabule was signed to, Electra Records in the 1990s, he decided to release his work under his own label, Rugged Ram Records. Onabule, has released several albums and travels the world performing at prestigious venues and Jazz Festivals. His talent and genuine love of people has gained Ola Onabule a bevy of fans which span the globe.

Onabule sat down with me to chat about his love of music, his life, and the release of what has turned out to be a diary of sorts, his new album, It’s The Peace That Deafens.

Becca Horne: You have been a musician for over two decades. How would you describe yourself as a musician today?

Ola Onabule: “As a musician, I believe I am on a journey I set out on years ago to try to explore who I am, who the universe is and where it all fits, or doesn’t fit. I guess I am trying to find my own truth and share what I have learned or what I am learning through my music. As an entertainer, I’m pretty much still the same. I write songs that people describe as “heavy” but I try to present them with a joyfulness. I think I am keen to convey my songs are a celebration of life and not a mournful ode to life […], even if some of the subject matter tends to be a bit heavy.”

BH: And how does Jazz fit into your musical equation?

OO: “Jazz in the conversational part of music, the soulful part. My music is powerfully influenced by Jazz. The way Jazz influences what I do is the part that allows for musical discussion. Much like in a conversation, it’s not pre-agreed what is going to be said, you just allow the conversation to take place. I lay out a sound melodic structure, but it isn’t rigid. I say to myself and my musicians here is the structure, now let’s discuss. We rarely play the same song the same way twice.”

BH: What is music to you?

OO: To me it is a very, very powerful, integral part of my personal life. It’s how I have kept myself and my family together, it’s my profession, but that’s the body part. The soul part, is the fact that I cannot imagine my life without music. It’s therapy, it’s counseling, for me. The soul part is a way for me to communicate, to meditate. Music is body and soul.”

BH: When you are writing music, do you ever censure yourself?

OO: “I just let it flow. There was a time, early on in my career when I was concerned about what would sound good on the radio, what would be commercially viable and that would sometimes influence what I wrote. But as I have progressed, in this slow evolution of self, I have learned that when the Muse comes, write what she says to write…”

BH: Let’s talk about your new project, It’s The Peace That Deafens. Can you tells us a little about that?

OO: “The new album is a collection of songs written about my experience and my sense of Africa, Nigeria more specifically. I spent 9 years of my childhood there. And I am at the point of my life where it is almost required or expected, to be nostalgic. I have always had a tense struggle with my Nigerian-ness, on one hand I am extremely proud of my Nigerian heritage, but I am very unhappy with some of the memories I have and some of the things that have happened and are continuing to happen […]. The songs are stories and memories that I have of that time. I decided to call the album, The Peace That Deafens because, I realized, I have never really ever heard of any concerted efforts to change some of the things that I think need to be addressed. Nigerians are among the most educated people in Africa, but they are also conformists. No one has ever really wanted to “rock the boat.” They want to maintain the status quo or what they call peace. I think this peace is the most raucous sound I have ever heard. When I wrote the song, It’s The Peace That Deafens, I knew it had to be the title song.”

BH: One last question, if you will indulge me. You have seen a lot, experienced a lot and accomplished a lot. Would you give me 3 adjectives that you feel aptly describe you at this point in your life?

I think those words sum up Ola Onabule beautifully.

Ola Onabule’s album, It’s The Peace That Deafens, will be available in October. You can see his Tour Dates and read more about him on his website www.ola-onabule.co.uk